What is the Qur'an?

Muslims believe the Qur’an to be the divine word of God.

The Qur’an was revealed to Muhammad (pbuh) from God through the Archangel Gabriel over a period of 23 years in response to events in his life and the life of the community.

The Qur’an was written down while Muhammad (pbuh) was still alive.

While Muslims believe in all the prophets sent by God :  Abraham,  Isaac, Jacob, Moses, Jesus… and believe in the original Scriptures,  Muslims also believe that those scriptures did not remain in their original versions and have been corrupted over time. God gave the restored truth to Muhammad (pbuh) with the Qur’an and made the promise that his last revelation will stand the test of time and will not be corrupted until the judgment day. To date, 1400 years after its revelation, the Qur’an still remains intact in its original Arabic version, not a letter or word has been added or removed, and no matter what mosque you visit on earth, the Qur’an is still exactly the same.

Over 10 million Muslims have the Qu’ran memorized from beginning to end and every Muslim on earth has a part of the Qur’an memorized for recitation during prayers.

How to approach the Qur’an for the first time?

The Qur’an is not a linear storybook narrative. Instead, it is a book of guidance, which attempts to teach humans who God is, what God expects, how to achieve Inner Peace (source of all peace), how to live in this world and what awaits in the afterlife.

The Qur’an is not easy to be studied, for many reasons, one of them being the richness of it’s Arabic content.

The Arabs of the 6th and 7th centuries were masters of the Arabic language. Eloquence and rhetoric were their lifeblood and they were stunned when they heard the Qur’an. This emphasizes that “The Qur’an” is the Arabic Qur’an, and no human translation can substitute it, no translation can really convey a sense of its true meaning. That is why many believe the Qu’ran is basically untranslatable.

Seemi Ghazi, a University of B.C. instructor in Islamic literature and arts recommends for the first time reader not to start from the front cover but to rather go to some sections that are more accessible than others, such as passages like Sura 1, titled “Fatiha;” Sura 12, titled “Joseph,” or by going to the end of the Qur’an for the smallest Sura.”

(For the best English translation possible, please refer to the translation done by Wahiduddin Khan, edited by Farida Khanam). Click here to read the entire Qu’ran in pdf. 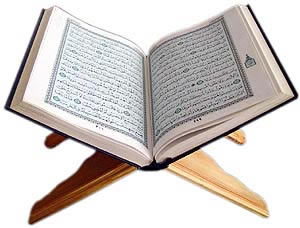