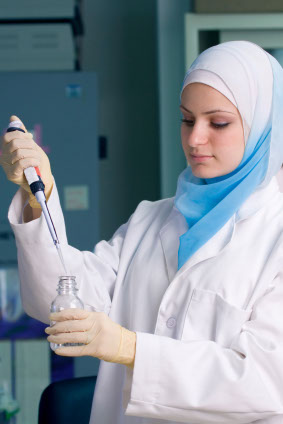 Prophet Muhammad (pbuh) was one of the first people in human history who stood up for women’s rights, he said:

“The rights of women are sacred. See that women are maintained in the rights assigned to them.”

“God enjoins you to treat women well, for they are your mothers, daughters, aunts.”

In Islam, there is no difference between men and women’s relationship to God; they receive identical rewards and punishments.

One of the most positive aspects of Islamic law is the freedom, honor, and prestige it assigns to women regardless of their race, nationality, or socioeconomic status. Prophet Muhammad (pbuh) guaranteed human, civil, legal, financial, and political rights to women.

In Islam’s earlier history and up to the decline of the “Islamic Golden Age” (also known as Islamic science era: 8th-15th century when science, mathematics, philosophy, physics, chemistry, technology and research in medicine were the most advanced in the world), women were involved in all areas, i.e: female religious scholars were relatively common.

Ume Warqa was the first women appointed by the head of the state (Caliph) Omar to lead the market committees of Medina and Mecca.

The labor forces employed in the first system of governance established in Islam came from diverse ethnic and religious backgrounds, with both men and women involved in diverse occupations and economic activities.

Women were employed in a wide range of commercial activities and diverse occupations in the primary sector (as farmers for example), secondary sector (as construction workers, dyers, spinners, etc.) and tertiary sector (as investors, doctors, nurses, presidents of guilds, brokers, peddlers, lenders, scholars, etc.). Muslim women also held a monopoly over certain branches of the textile industry, the largest and most specialized and market-oriented industry at the time, in occupations such as spinning, dying, and embroidery. In comparison, female property rights and wage labor were relatively uncommon in Europe until the Industrial Revolution in the 18th and 19th centuries.

Unfortunately, the progress and recognition of what was once “The Islamic Golden Age” has significantly declined. In few countries (particularly the Middle East) where there is a warped, ultra-conservative interpretation of Islam (due mainly to the reappearance of ancient cultures and traditions). Women are often treated as second class citizens, in some places they can not vote, in other places they are not allowed to drive or get an education. This goes against what Islam is all about.

Even though, we are constantly reminded of it by the Western Media, it should be noted that those countries represent less than 10% of the entire Muslim World and that we should not mix “Islam” with “Cultures or Traditions”.