Who was Muhammad (pbuh)? 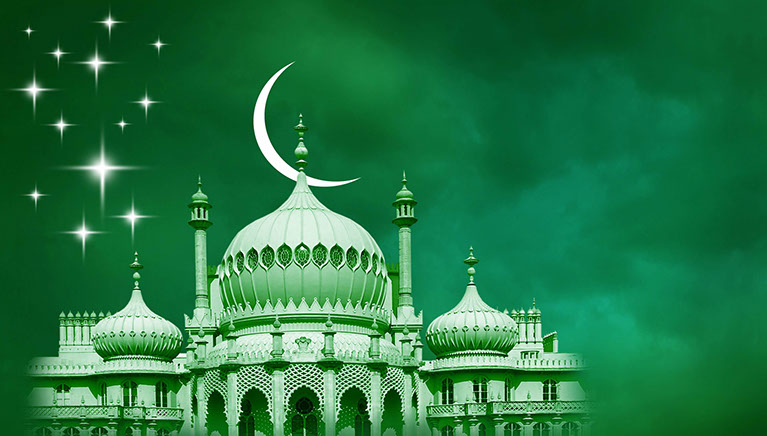 Everything Muhammad (pbuh) did revolved around verse (21:107). This verse best describes why he was sent and what his mission was: Mercy to all Mankind.

Everything Islam teaches revolves around verse (21:107) which means that any action, new thinking, new fatwa (Islamic law issued by an Islamic scholar) or any work not in compliance with it must be fundamentally wrong or its concept is incorrect and should be reviewed.

Prophet Muhammad (pbuh) was the most noble and distinguished of men. As a young man, he was given the nickname of “Al-Ameen” (the Trustworthy) by his kinsmen long before his commission by God and his prophethood at age 40. Everyone knew of his fine character and honorable background. He was very courteous and always put other people’s feelings ahead of his own. He was the most kind of hosts and the best of guests wherever he went.

He was kind, compassionate and merciful to all living creatures, including all animals.

He freed the slaves, he took great care of orphans, he established explicit rights for women in a time when they had none.

He was very kind to everyone, and donated everything he had in his possession to the poor. He asked his followers to treat their parents, neighbors and relatives with kindness and asked everyone to be Merciful and Compassionate (as described in section: “Kindness and Good Manner in Islam”).

This is what thinkers, biographers, emperors, scholars, authors have to say about the prophet Muhammad’s (pbuh):

“He was Caesar and Pope in one; but he was Pope without Pope’s pretensions, Caesar without the legions of Caesar: without a standing army, without a bodyguard, without a palace, without a fixed revenue; if ever any man had the right to say that he ruled by the right divine, it was Muhammad, for he had all the power without its instruments and without its supports.”

Michael H. Hart, Author of: “The 100”: A Ranking of the Most Influential Persons in History,

“My choice of Muhammad to lead the list of the world’s most influential persons may surprise some readers and may be questioned by others, but he was the only man in history who was supremely successful on both the religious and secular level.”

Napoleon Bonaparte on the 3 monotheistic religions:

Moses received God’s message to guide the Hebrew on the right path. But consequently, they kept for themselves the wonderful teachings of Moses. They embezzled this message and confined it into a “chosen people by God “, instead of benefiting the world.

Then came Jesus. Jesus said great truth about God. He said that God is One and that you must love him with all your heart and love your neighbor as yourself.

But after the death of Jesus, a group of politicians of Rome saw in this religion, a possibility to control a large mass of people. They therefore raised Jesus to the rank of God, and gave partners to God. They were now three in one.

Then, finally, at some point in history, there appeared a man named Muhammad. This man said the same thing that Moses, Jesus and other prophets said, there is only One God. That was the message of Islam.

“Muhammad, the inspired man who founded Islam, was born about A.D. 570 into an Arabian tribe that worshipped idols. Orphaned at birth, he was always particularly solicitous of the poor and needy, the widow and the orphan, the slave and the downtrodden. At twenty he was already a successful businessman, and soon became director of camel caravans for a wealthy widow. When he reached twenty-five, his employer, recognizing his merit, proposed marriage . Even though she was fifteen years older, he married her, and as long as she lived, remained a devoted husband.

“Like almost every major prophet before him, Muhammad fought shy of serving as the transmitter of God’s word, sensing his own inadequacy. But the angel commanded ‘Read’. So far as we know, Muhammad was unable to read or write, but he began to dictate those inspired words which would soon revolutionize a large segment of the earth: “There is one God.”

“In all things Muhammad was profoundly practical. When his beloved son Ibrahim died, an eclipse occurred, and rumors of God’s personal condolence quickly arose. Whereupon Muhammad is said to have announced, ‘An eclipse is a phenomenon of nature. It is foolish to attribute such things to the death or birth of a human-being.’

“At Muhammad’s own death an attempt was made to deify him, but the man who was to become his administrative successor killed the hysteria with one of the noblest speeches in religious history: ‘If there are any among you who worshipped Muhammad, he is dead. But if it is God you worshipped, He lives forever.”

Washington Irving (April 3, 1783 – November 28, 1859) was an American author, essayist, biographer and historian of the early 19th century, this is what he had to say in his book “Muhammad and His Successors”:

Muhammad was sober and abstemious in his diet and a rigorous observer of fasts. He indulged in no magnificence of apparel, the ostentation of a petty mind; neither was his simplicity in dress affected but a result of real disregard for distinction from so trivial a source.

In his private dealings he was just. He treated friends and strangers, the rich and poor, the powerful and weak, with equity, and was beloved by the common people for the affability with which he received them, and listened to their complaints.

His military triumphs awakened no pride nor vain glory, as they would have done had they been effected for selfish purposes. In the time of his greatest power he maintained the same simplicity of manners and appearance as in the days of his adversity. So far from affecting a regal state, he was displeased if, on entering a room, any unusual testimonials of respect were shown to him. If he aimed at a universal dominion, it was the dominion of faith; as to the temporal rule which grew up in his hands, as he used it without ostentation, so he took no step to perpetuate it in his family.

“If greatness of purpose, smallness of means, and astounding result are the three criteria of human genius, who could dare to compare any great man in modern history with Muhammad.

The most famous men created arms, laws and empires only. They founded, if anything at all, no more than material powers which often crumbled away before their eyes. This man moved not only armies, legislations, empires, people and dynasties but millions of men in one-third of the then habited world; and more than that, he moved the alters, the gods, the religions, the ideas, the beliefs and souls. On the basis of a Book, every letter on which has become law, he created a spiritual nationality, which blended together people of every tongue and of every nation.

He has left for us as the indelible characteristic of this race. Muslim nationality, the hatred of false gods and the passion for the one and immortal God .

Philosopher, Orator, apostle, legislator, warrior of peace, conqueror of ideas, restorer of rational dogmas, of a cult without Images, the founder of twenty terrestrial empires and of one spiritual empire that is Muhammad.

As regards all standards by which human greatness may be measured we may well ask, is there any man greater than he is?”

1: Provide for the well-being of the led.

2: Provide a social organization in which people feel relatively secure.

3: Provide them with one set of beliefs.

People like Pasteur and Salk are leaders in the first sense. People like Gandhi and Confucious on one hand, and Alexander, Caesar and Hitler on the other are leaders of the second and perhaps the third sense. Jesus and Buddha belong in the third category alone.

Perhaps the greatest leader of all times was Muhammad who combined all three functions.